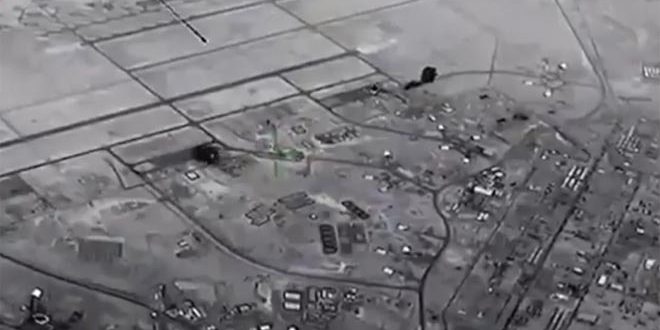 The sources told Alsumaria News Website that “Ten Katyusha rockets have targeted the base, and sirens were activated to enter the shelters,” adding that no causalities have been reported.

A number of US coalition bases and convoys in Iraq, have been targeted over the last period with rockets and explosive devices, as huge damages have been reported.