Bratislava, SANA- The Czech journalist, Marketa Kotilova, reiterated that the Turkish regime committed war crimes in Syria and was cooperating openly with terrorist organizations, especially Al-Qaeda and Daesh, criticizing at the same time that the European Union countries ignorance its aggressive practices.

In an interview with the Slovak Postoy website on Friday, Kotilova pointed out that the President of the Turkish regime, Recep Tayyip Erdogan, is using members of terrorist organizations in Syria to achieve his political objectives and continue to blackmail the Europeans regarding the issue of illegal immigrants, which is subject to the European leaderships.

Kotilova warned that Erdogan shifted the political system in Turkey into a dictatorial regime, noting that the freedom of the press no longer exists in the country after he shifted it into a cuffed state in which the media lost its freedom while political opponents and critics of the regime’s president’s practices were thrown into prison. 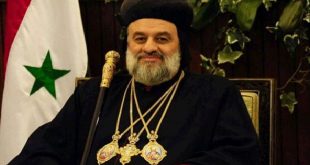