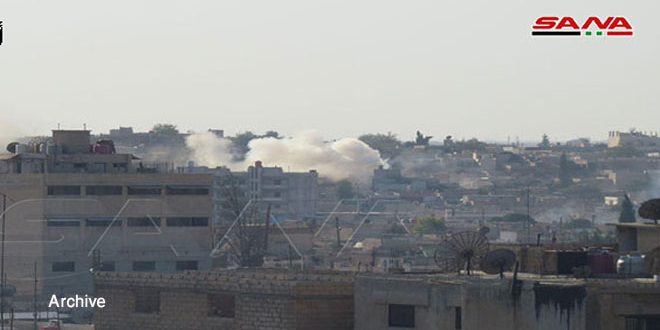 Local sources reported that the Turkish occupation forces and the terrorist organizations linked to them targeted, from their fortified positions in the neighboring occupied villages, with rocket and artillery shells homes of the villages of al-Khaldiya and Hoshan in the town of Ayn Issa, northern Raqqa.

Since the beginning of its aggression on the northern border areas of the country on the ninth of October of last year and its occupation of a number of villages, towns and cities, the Turkish occupation forces and their mercenaries from the terrorist organizations have taken these occupied areas as a base to launch their continuous attacks on civilians to displace them and loot their properties.