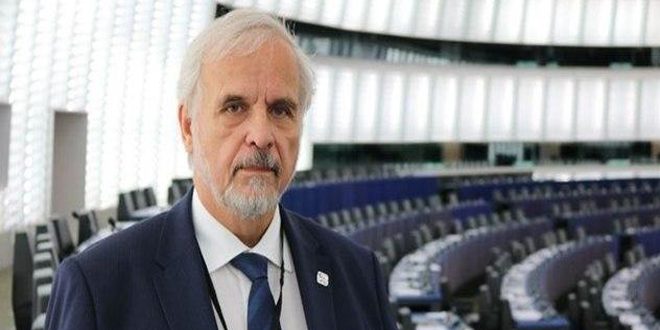 Prague, SANA- Czech Deputy in the European Parliament Evan David has affirmed that the regime of Turkish President Recep Tayyip Erdogan continues to fuel the crises in Syria and Libya through its continued support to terrorists.

In a post on his page on the Facebook, David said that “Erdogan has supplied Daesh (ISIS) and other terrorist organizations with arms for long years meanwhile his family has practiced the black trade in the Syrian and Iraqi oil which have been stolen by Daesh.”

He added that Erdogan nowadays is expanding his hostile practices to reach Libya where convoys of Turkish ships largely transport weapons there despite the embargo imposed on arms exports to them by the UN Security Council.

Czech journalist Lenka Klicperova, for her part, asserted that the terrorists and mercenaries who fought in Syria in the ranks of Daesh or Jabhat al-Nusra are now fighting in Libya to obtain money and serve the interests of the Turkish regime.

Klicperova noted that Erdogan’s regime tries through those mercenaries and terrorists to impose control on Libya and its oil and resources to serve its expansionist schemes.