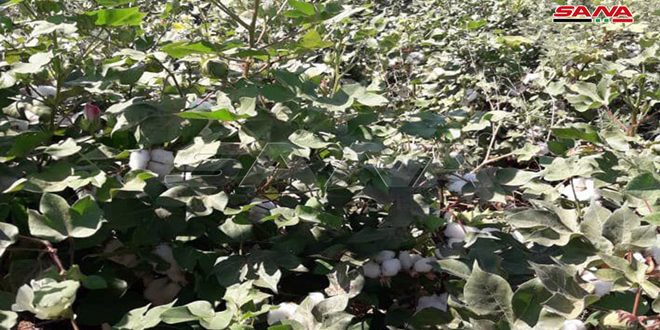 Hasaka, SANA- The cultivated areas with cotton crop in Hasaka province for the current season reached 3,550 hectares since the beginning of the current month up till now.

Head of the plant production department in Hasaka agriculture directorate Jalal Bilal told SANA in a statement that the cultivation of cotton in the province is about to be completed, noting that the cultivated areas exceeded the areas that were planted in the last season which reached 3,100 hectares.

Bilal added that Hasakah production of cotton crops during the last season reached about 18,000 tons.

cotton cultivation Hasaka 2020-05-21
hala
Share
Previous Sunny, dust hazy weather continues to prevail on Thursday
Next Mines of US and Israeli-made left behind by terrorists found in Quneitra countryside