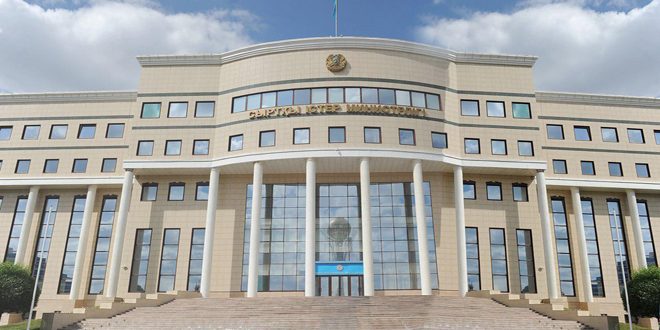 Nur-Sultan, SANA- Kazakh Foreign Ministry announced on Thursday that it was not informed by the Guarantor States of Astana process on the date of the next round of Astana talks on crisis in Syria scheduled to be held in the Kazakh capital of Nur-Sultan.

The official representative of Kazakh Foreign Ministry, Aibek Smadiyarov told Journalists that the “situation depends on the Guarantor States of Astana process, and up till now we haven’t received any information from them.”

Few days ago, Kazakh Foreign Minister Mukhtar Tleuberdi announced that it is possible to delay holding the new round of Astana talks on Syria in the Kazakh capital .

Last December, the 14th round of Astana talks on crisis in Syria was held in the Kazakh capital, as the guarantor states of Astana process reiterated adherence to Syria’s sovereignty and territorial integrity and to continue cooperation till eliminating the terrorist organizations in it, in addition to rejecting the separatist agendas which aimed at undermining the sovereignty and safety of the Syrian territories.

Astana talks Foreign Ministry Kazakh Next Round No date 2020-03-12
hala
Share
Previous Casualties among Turkish occupation’s mercenaries in car bomb explosion in Tal Halaf
Next General Sports Federation: All sports activities to be halted from March 14th till the end of the Holy month of Ramadan