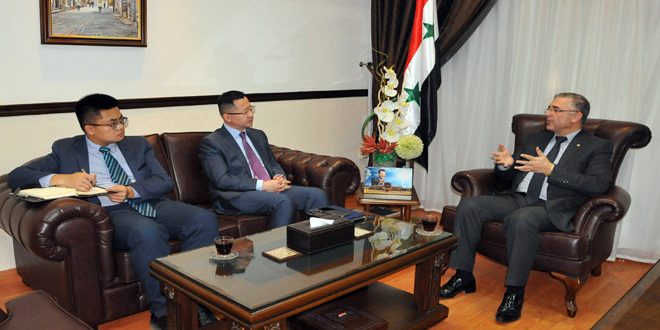 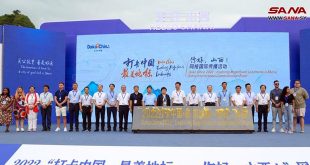 SANA participates in a cultural and tourism event in Shanxi Province, China 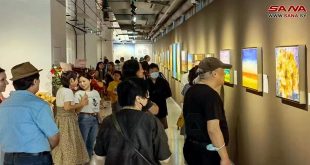 Damascus, SANA- State Minister for National Reconciliation Affairs Ali Haidar affirmed that the path of reconciliations will witness important developments during the coming year through completing reconciliations on a large scale, indicating that there is no choice for de-escalation zones but to join the local reconciliation process.

Haidar, meeting the Charge d’affaires of the Embassy of the People’s Republic of China in Damascus, said that the year 2017 has witnessed the course of completing a number of local reconciliations, a step that paved the way for turning villages, towns and regions completely into safe areas in the countryside of Damascus, Homs, Aleppo, Raqqa, Quneitra and Daraa.

He pointed out that the continuation of the fight against terrorism, in parallel with the completion of local reconciliation has created the conditions for launching the reconstruction project, noting to the returning of many Syrians to their homeland.

The Minister also hailed the role of China in supporting files related to local reconciliation and humanitarian issues and its honorable stance at international forums.

The Chinese diplomat, for his part, stressed his country’s firm stance in supporting the intra-Syrian dialogue and the continuation of the fight against terrorism and reconstruction process.

In a press statement following the meeting, Haidar said that the evacuation of a number of humanitarian cases and kidnapped persons from Eastern al-Ghouta in cooperation with the Syrian Arab Red Crescent (SARC) is a Syrian state’s duty and it is one of the files being processed.