Damascus, SANA-The Iranian Embassy in Damascus held on Monday a condolence tent on the martyrdom of commander of al-Quds Force, late Lieutenant General Qassem Soleimani and his comrades.

Soleimani and his comrades were martyred in a US aggression on Friday near Baghdad international airport. 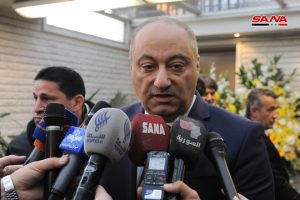 The Syrian senior officials hailed the virtues of late leader Soleimani and his important role in combating terrorism, offering condolences to Iran, as leadership and people, over the martyrdom of Soleimani and his comrades.

Information Minister, Imad Sarah, for his part said in a press statement that the crime of assassinating Soleimani and al-Muhandis, perpetrated by the US, can’t be described except as “ A state systematic terrorism.” 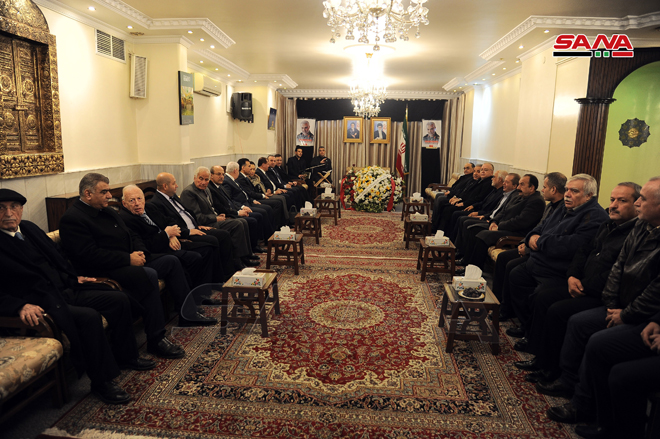 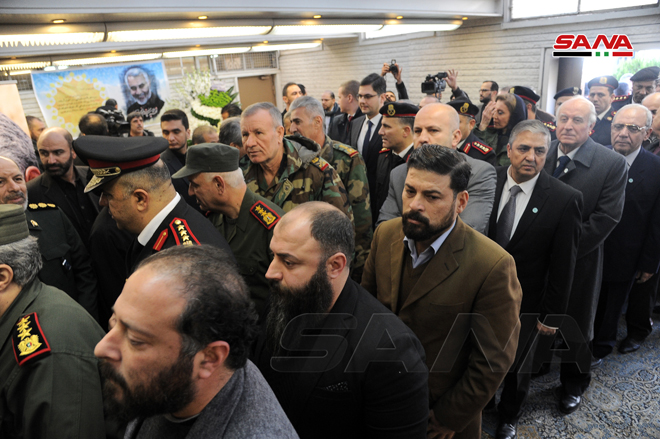 2020-01-06
m.eyon
Share
Previous Woman injured in terrorist shelling attack on Aleppo city
Next Mass at St. Sarkis Church for the Armenian Orthodox in Damascus on the occasion of Christmas