President al-Assad: Christians have been and still builders of Syria’s civilization Damascus, SANA-President Bashar al-Assad affirmed on Thursday that Christians in Syria have never been “strangers” in this land, but they have been and still the builders of its civilization and bearers of its human and civilizational message to the whole world side by side with their Muslim brothers.

The president participated  in an open dialogue session for the catholic Syriac Syrian youth in their camp titled “My hope is in you” that started on Tuesday at St. Tuma Monastery in Sidnaya.

“The Christian originality in Syria is necessary to boost moderation and enrich diversity… Christians throughout history have contributed, through their stances and patriotism, to foiling projects of partition in the region and they have sent a message to enemies of Syria and sponsors of terrorism that all their colonial projects are doomed to failure,” President al-Assad said.

The president added that the national logic doesn’t accept minorities or majorities as the west tries to consolidate, but a good diversity, richness and harmony for a nation that has been and still living on this territory. He affirmed that preserving this diversity is the responsibility of all Syrians through permanent dialogue and communication.

“The Arab identity is a civilized case, not an ethnic concept.. the Arab civilization accepts the merging of all, but it rejects the extinction of their historic identities and helps keep them… targeting Christianity aims to target the religious, cultural and civilizational diverse,” President al-Assad said.

The Catholic, Syriac Syrian youths, for their part, affirmed that their belonging and adherence to their Homeland, Syria, won’t shake whatever the challenges or conditions were, as they are original sons and citizens in this homeland.

They raised a number of questions which covered different kinds of problems and issues emerged from the war, and many mechanisms were proposed to activate their contributions as youths in making the future of Syrian. 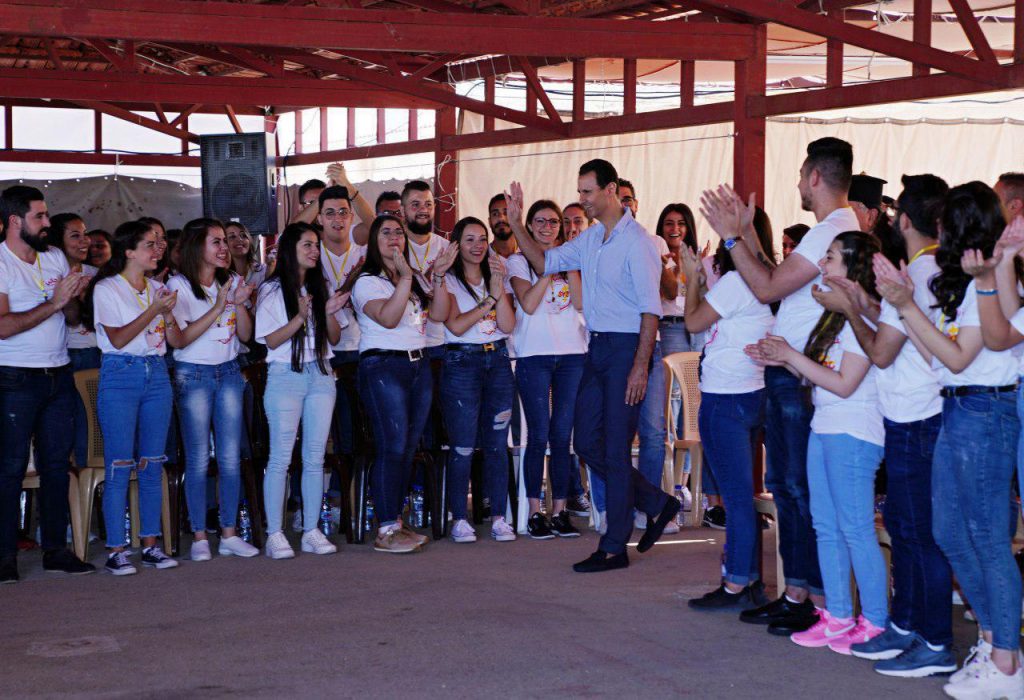 2019-07-04
m.eyon
Share
Previous Different kinds of roses adorn Green areas at international flowers fair
Next Three children martyred, one injured in mine blast left behind by terrorists in Damascus