Petroleum pipelines vandalized in Banyas, repairs being carried out

Tartous, SANA – The Petroleum and Mineral Resources Ministry said that a number of underwater petroleum pipelines have been vandalized, causing an oil leak in the marine terminal. 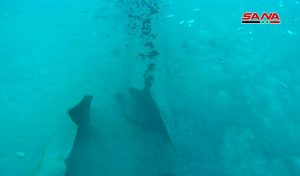 In a statement issued on Sunday, the Ministry said that an oil leak was discovered on Saturday, and divers carried out inspections of the undersea pipelines, which revealed that five pipelines have been damaged.

The Ministry said that repairs began as soon as the damage was assessed, and operations would return to normal within a few hours.

Later, Petroleum and Mineral Recourses Minister Ali Ghanem told the Syrian TV that six pipelines that connect to ships transporting crude oil have been damaged, and that teams of divers and technicians are carrying out repairs, which should result in resuming operations in the terminal within a few hours.