Aleppo, SANA- Facilities in al-Arqoub industrial zone in Aleppo have returned to work at an accelerated pace after providing them with the main components of industrial production, including electric power and workers, with industrialists showing eagerness to resume production as they rehabilitated their facilities, which number 1480 currently. 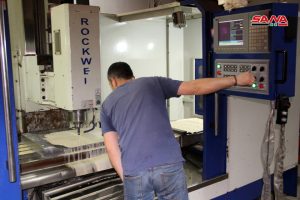 Speaking to SANA’s reporter, chairman of al-Arqoub industrial zone’s committee Tayseer Darkalt said that the number of the industrial facilities in the zone which were operating prior to the terrorist war on Syria reached 2100 facilities, but the terrorists’ targeting of industry and economy sectors has caused massive destruction to the factories and the infrastructure in the area.

After the liberation of Aleppo city from terrorism, industrialists began to resume production gradually, rehabilitating their facilities and operating them again, taking advantage of the support provided by the government, Darkalt said.

Darkalt clarified that 1480 industrial facilities resumed operations since the liberation of Aleppo city from terrorism, indicating that 40 more are being prepared to be put in service within a few days, adding that the number of facilities for export-bound products has increased from 40 to 400 facilities. 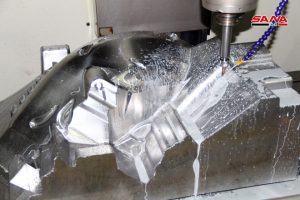 He called for dealing with the difficulties facing the industrialists, on top of them being the fact that the infrastructure of the power grid which feed the area is old. He also called for overcoming obstacles hindering exportation, and setting the necessary regulations for shipping and transportation to alleviate the burden on industrialists and consumers alike and to ensure the availability of good commodities at low prices.

SANA’s reporter met a number of the owners of facilities which have been restored, who said that the situation in al-Arqoub area is getting better than before as more engineering, chemical, food, and textiles facilities are resuming operations thanks to the support provided by the government.