Budapest, SANA – A Syrian cultural center was held in the Hungarian capital Budapest, organized by the Syrian Embassy in Austria and the Pazmany Peter Catholic University in Budapest. 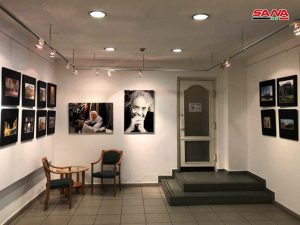 The exhibition was held at the Hungarian Agriculture Ministry’s exhibitions hall, and it featured items on the work of the Hungarian expedition in Margat Castle, as well as works by Bahjat Iskander, an artist of Syrian origin.