Quneitra, SANA – Syria’s national flag has been hoisted at al-Tahrir Square in the liberated city of Quneitra amid huge crowd as a step towards the declaration of the whole city free of terrorism

SANA reporter noted that the Syrian army units secured the city after they had eliminated the terrorist presence and dismantled landmines and explosive devices left by terrorist groups.

The residents expressed their relief over the entry of army units to Quneitra city and the stability and security which prevailed in the city after the eradication of terrorism.

They voiced support to the Syrian soldiers in their battle against terrorism till the liberation of the entire Syrian territory. 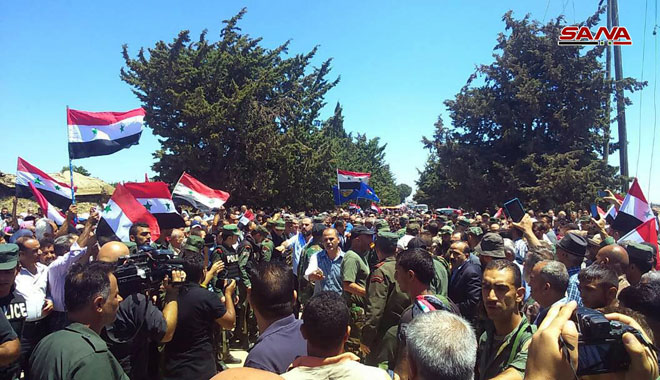 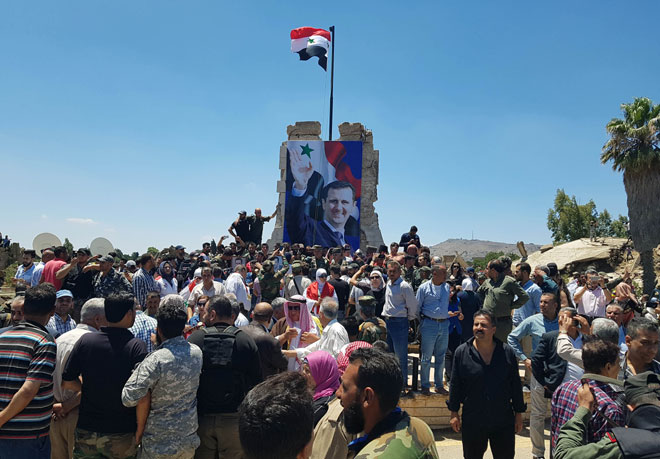