Daraa, SANA- A popular gathering was held in Ghusem town in Daraa Countryside to show support to the Syrian Arab army in its war on terrorism and to the rapid national reconciliations in the province.

The participants gathered at the town’s main Square on Sunday, waving the national flag, raising the photos of President Bashar al-Assad and chanting slogans and songs of heritage of the region.

They expressed their joy over the victories of the Syrian Arab army and the return of security and stability to Daraa Countryside. 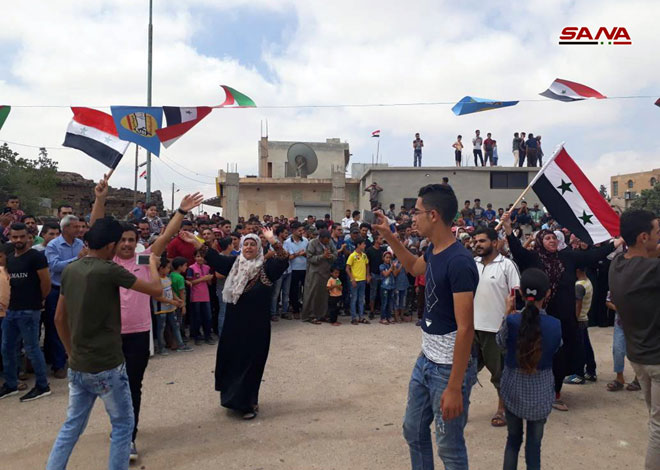 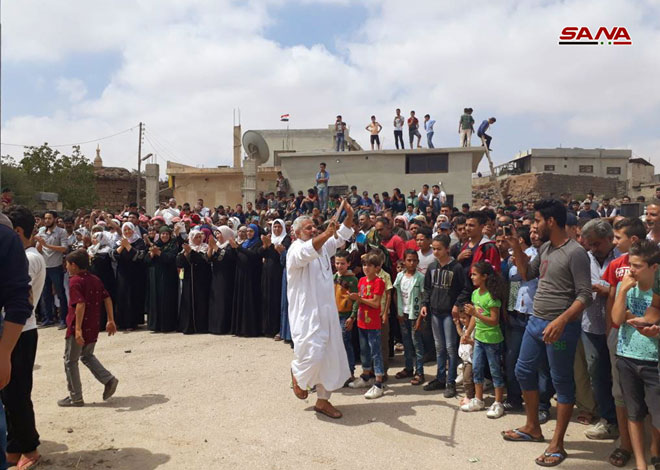