Hama, SANA- 86 buses carrying the 4th batch of terrorists who are unwilling to settle their status along with their families left the countryside of Homs and Hama to northern Syria on Saturday evening in preparation for declaring this area free of terrorism.

SANA reporter said that 33 buses were prepared and gathered near al-Rastan Bridge, 20 km north of Homs city, then left for Idleb under the supervision of the Syrian Arab Red Crescent.

The exit of the fourth batch came after terrorists handed over medium and heavy weapons as per the agreement for their evacuation which was reached on May 1st.

The reporter said that scores of buses carrying hundreds of terrorists and their families, were prepared in the village of Ezzeddin and the surrounding villages, left through al-Rumaila corridor to head for Idleb countryside later.

A second corridor was opened on Saturday evening through al-Rumaila village to evacuate a group of terrorists and their families from the areas of al-Qantara and the south-west countryside of Salmiya.

The opening of a new corridor was to accelerate the process of evacuating terrorists from the area.

On Friday, 71 buses carrying the third batch of terrorists left the countryside of Homs and Hama to northern Syria under the supervision of the Syrian Arab Red Crescent. 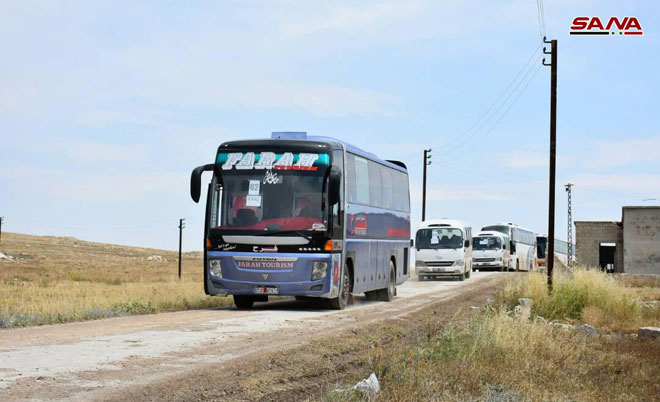 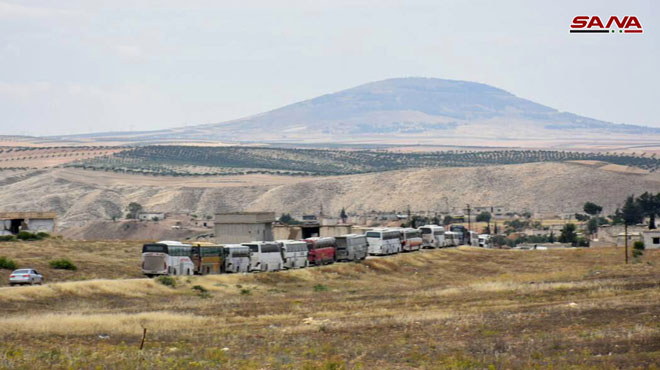