The ceremony was held atDar al-Assad for Culture and Arts in Damascus, and it included a 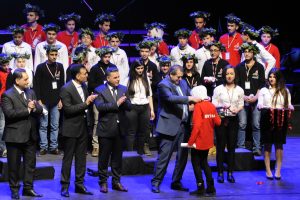 screening of a documentary on the Syrian Science Olympiad and performance by Nhawand Choir.

In mathematics, the top three students are Abdul-Karim al-Sayyed Ramadan, Mohamed Fouad Moaen, and Rynad Qatraji, while the top three in physics are Alisar Hasan, Bashir al-Rifaai, and Yehya Ibrahim.

Mohamed Rafe Bilal, Karam Khadour, and Louay al-Hasan are the top three in Chemistry, and in biology the top three are Batoul Mohamed, Mohamed 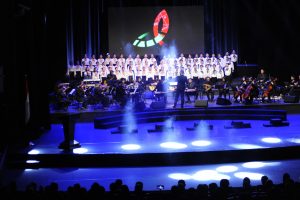 Joseph Nasra, and Zina Milhem, and in IT the top three are Ali Mansour, Qusay Nassr, and Ali Saloum.

On Saturday, 412 students from different provinces participated in the final exams of the Syrian Science Olympiad.